ISRAEL SERIES ON THE ISRAELI-PALESTINIAN CONFLICT: WHERE DO WE GO FROM HERE? 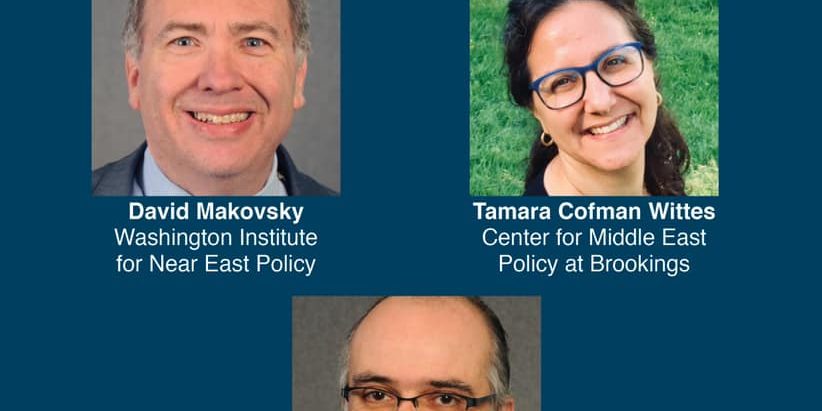 ISRAEL SERIES ON THE ISRAELI-PALESTINIAN CONFLICT: WHERE DO WE GO FROM HERE?

More than 4,000 rockets were launched from Gaza into Israel recently. Why did these aggressions take place at this time? What does this mean for peacemaking efforts, including a two-state outcome, and coexistence? As it works to form a new government, where does Israel go from here? David Makovsky is the Ziegler distinguished fellow at The Washington Institute and Director of the Koret Project on Arab-Israel Relations. He is also an adjunct professor in Middle East studies at Johns Hopkins University’s Paul H. Nitze School of Advanced International Studies (SAIS). In 2013-2014, he worked in the Office of the U.S. Secretary of State, serving as a senior advisor to the Special Envoy for Israeli-Palestinian Negotiations.

Tamara Cofman Wittes is a Senior Fellow in the Center for Middle East Policy at Brookings, where she focuses on U.S. policy in the Middle East. Wittes served as Deputy Assistant Secretary of State for Near Eastern affairs from November of 2009 to January 2012, coordinating U.S. policy on democracy and human rights in the Middle East during the Arab uprisings.

Ghaith al-Omari is a Senior Fellow in The Washington Institute’s Irwin Levy Family Program on the U.S.-Israel Strategic Relationship, and the former Executive Director of the American Task Force on Palestine. He served as Advisor to the negotiating team during the 1999–2001 permanent-status talks in addition to holding various other positions within the Palestinian Authority.