You are here:
HP News 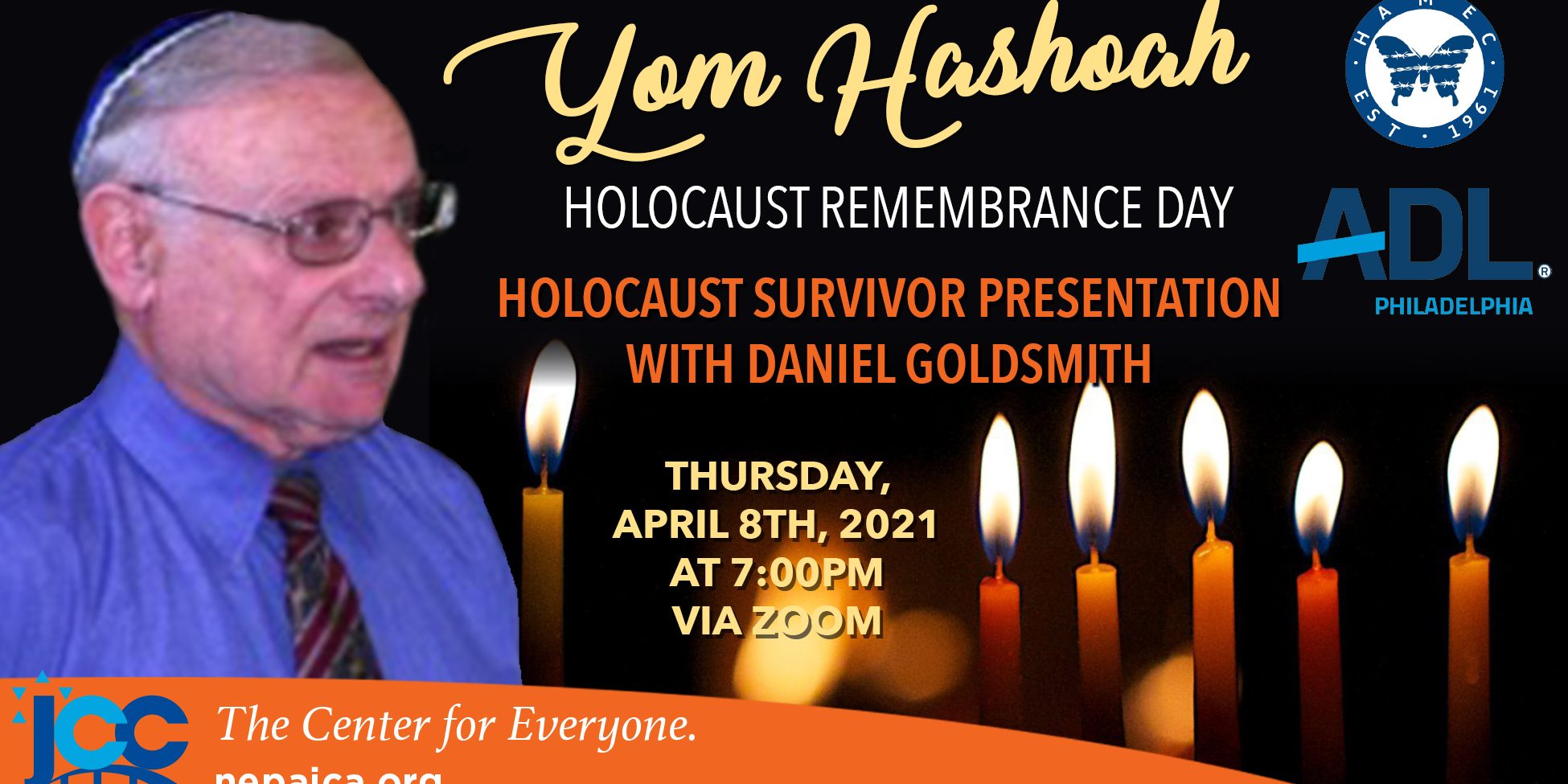 Holocaust Survivor Presentation With Daniel Goldsmith
Thursdays, April 8th, 2021 | 7:00pm (EST) Via Zoom
Daniel Goldsmith was born in Antwerp, Belgium to an orthodox Jewish family. His father was a plumber and his mother a homemaker. He was 8 years old when the German army invaded in May 1940. His family tried to flee to France but was forced to return to Antwerp. In August 1942 his father was placed in a forced labor camp and his mother was forced to sell some of his tools to buy food for Daniel and his sister, Lillian.
After the Nazis raided their street one night in September 1942, arresting Jewish families, Daniel’s mother visited a known resistance movement member and within 48 hours Daniel and Lillian were placed in a Catholic convent. In December, Daniel was moved to a boy’s orphanage and was given a false identification of “Willy Peters.” The orphanage was raided in May 1944 and Danny, with other boys, was arrested and sent to multiple prisons. On the way to the third prison the boys escape from the train.
They ended up in Perwez, Belgium and the local priest hid the children in various homes in the village. Danny was 12 years old when he was liberated in September 1944. In April 1948, Danny arrived in the United States.
The Witness To History Project is designed to further the message and lessons of the Holocaust by direct interaction between students or interested adults and Holocaust survivors. This educational program has been supported by a grant from the Conference on Jewish Material Claims Against Germany.
This event is presented by Friedman JCC, Temple Israel, Temple B’nai B’rith and Ohav Zedek. In addition the program is presented by The Holocaust Awareness Museum and the ADL.
To join the webinar, visit: www.zoom.us/j/98804808790
Category: HP NewsBy Jessica MaranoMarch 29, 2021

An Evening with the Marvelous Mr. Noah Gardenswartz Comedian and Writer for the Emmy-award winning Marvelous Mrs. Maisel
November 14, 2022

Please Join Us for an Evening with the Honorable John F. Tefft
October 6, 2022
Recent Posts